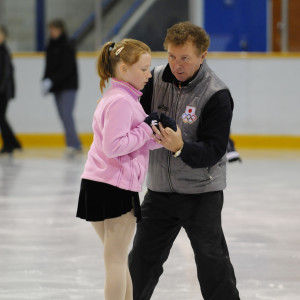 Owner Of Mariposa School of Skating

Doug Leigh is clearly recognized as Canada’s premier skating coach, and is Internationally acclaimed as a leader in the field. As a skating authority, he operates numerous coach/skater seminars throughout the world as well as the renowned coach/skater one week seminar at Mariposa. Doug is a frequent speaker at schools, clubs and charities, and is involved in local fundraising events for hospitals, cancer research and recreational facilities.