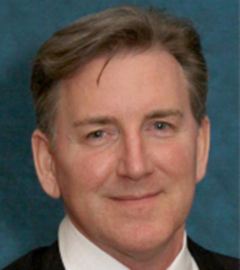 Mr. Haw is a former national competitor and national level judge in all disciplines of figure skating. He began skating in Cochrane, Ontario and graduated with High Honours receiving his Coaching Techniques diploma from Seneca College in Toronto. With over thirty-five years of coaching experience in Canada and the USA, Mr. Haw has produced national, international, world and Olympic competitors and trained many professional skaters such as Brian Orser and Kurt Browning.

Douglas Haw is the highest certified coach in North America attaining his Master Rating in Figures, Free Skating and Moves in the Field with the Professional Skaters Association in the USA and his NCCP Level 5 in Canada (of only 10 in the country)! He is also a US Figure Skating Technical Specialist and former Ontario Coach of the Year. He also the unique experience of being one of the authors of US Figure Skating’s Moves in the Field (similar to Skating Skills in Canada). As a presenter of seminars to skaters, coaches and judges in Canada and the USA, Mr. Haw is a proud advocate of coaching education and is a natural teacher. His knowledge is vast and in his lessons he is positive, productive and always adds a bit of humor!